Yesterday feels like a lifetime ago! I adore eating breakfast out, so Myself and Jimbob went to Harvey Nichols in Leeds to sample the dishes.
We arrived around 10:40 and apart from only one other table, it was empty, perfect. Lovely and peaceful. They sat us near the glass doors to the terrace. It’s rather pleasant to look over the roof tops of the city. The service was smart and sharp BUT we were next to a till and it seemed like the congregating area for several staff, slighly off putting. I couldn’t fault our waiter but the host wasn’t brilliant, three quarters through breakfast she sat two lovely ladies on the table next to us. Now don’t get me wrong, I have no problem with this, but the layout of the resturant meant our tables were super close together and the resturant was empty. I didn’t think it was the best placement. 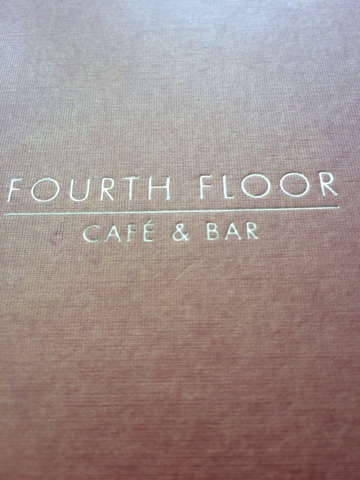 I ordered a full English and the sausage and egg was top, really really nice. The bread which I normally leave was delicious with the mushroom on top. I really enjoyed everything but the bacon, at £12 it’s not cheap but you would expect the oil to have been drained off the bacon. It was rather off putting, so I gave it Jimbob to eat. 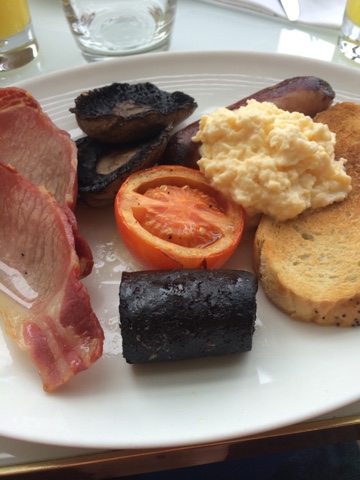 Jimbob enjoyed eggs blackstone, which is essentially eggs Benedict with a tomato. His comments were only “I’m still well hungry.” 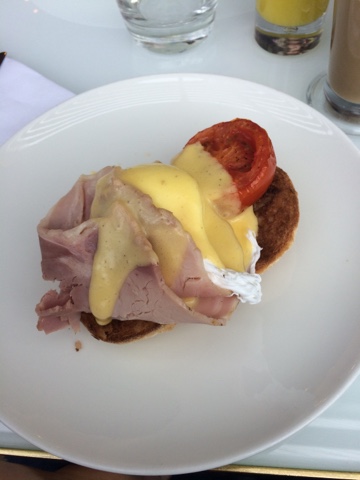 The best thing of the whole experience was this winter warmer, which i found in the drinks menu. It was super scrummy, it screamed Christmas, but it was one of those beverages that hugs you as it goes down. Try it before the summer menu comes out.(& no it wasn’t alcoholic) Overall would we return? Yes, I’d love to try a few dishes from this place, I took note of an omlette that was being served and it look pretty pleasant on the eye. I wouldn’t say it was great value for money, but the aesthetics were lovely, turquoise blue and gold. Hats of to the interior designer.

Eatery Rating
3 out of 5

Just got home from a little night away with Jimbob. And I wanted to review a small resturant in Leeds called 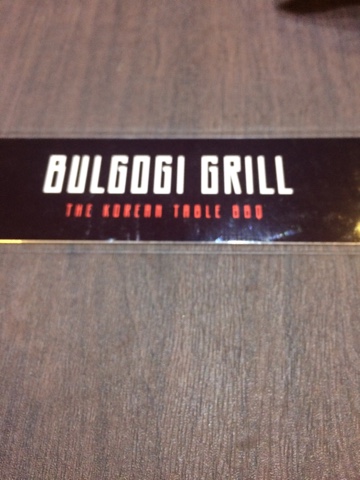 We arrived a little earlier than our reservation, 20 minutes, the entrance is small so you’re in the way where ever you stand. The resturant was however ready for us, a young gentleman took us upstairs to our table, well he pointed and walked away. No offer of a menu or drinks. The resturant was small I would say no more than 10 tables down stairs and around 5 tables upstairs, one being ours (table just for 2) and a lot of larger tables with big parties occupying the booths. The noise was loud to say the least, to put it blunt, me and James barely spoke it was that loud.
The drinks menu is pretty large but it only seemed fitting to get beer, it took forever to come and I’m a quick drinker but there wasn’t a chance I was waiting for another. We both kind of felt forgotten about because we weren’t a big party. 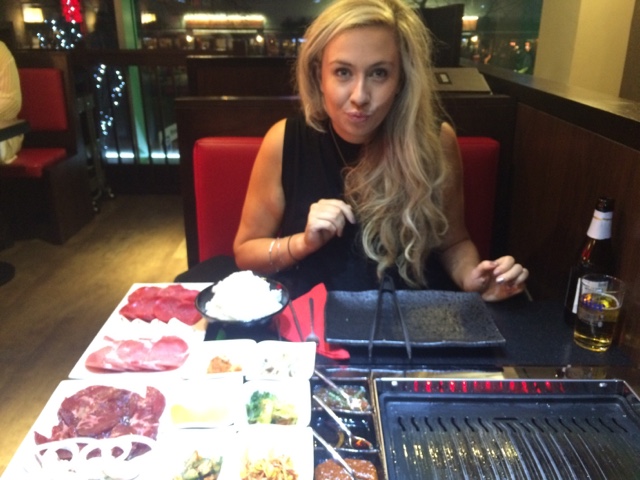 Moving swiftly onto the food, it’s a set meal, priced at £22 something per person which is a starter and main. You may add sea bass if you want but we aren’t huge fans.

The starter, which Jimbob decided was more of an amuse bouche, was a piece of sushi and a dumpling things. 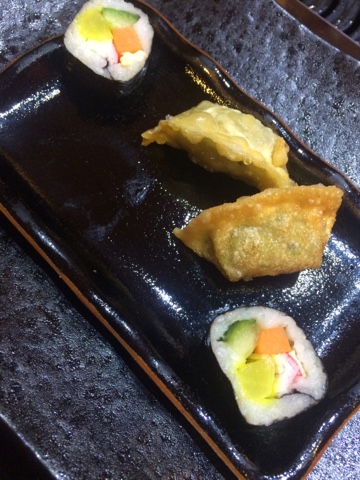 It certainly wasn’t starter size, I took this as a sort of warning the main was going to be huge. Within minutes it was gone, and within less time the plates we too.
In quick succession the main course came. And to be fair it was an impressive spread of side dishes which you get as much as you can eat, the main is served with lettuce (super fresh)and rice. And you can have as much as you need to wrap your meat up. 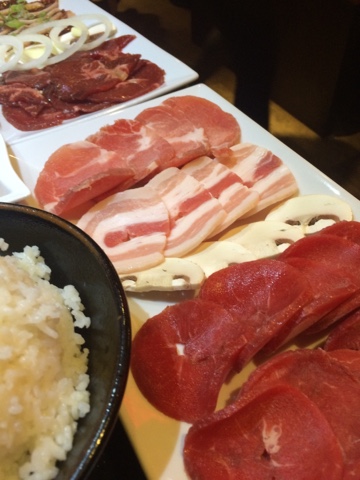 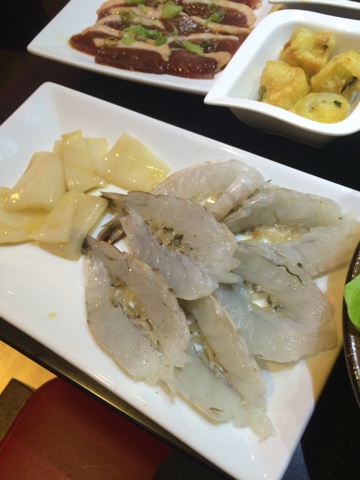 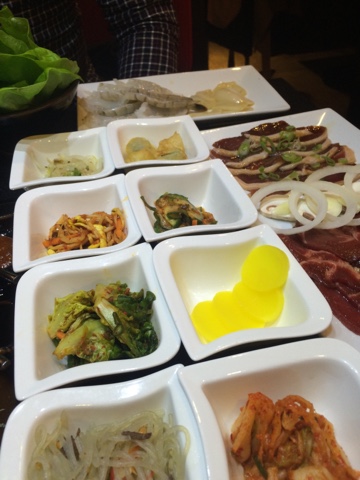 The dishes were delish and surprisingly very filling, since I don’t eat rice.

The Korean BBQ experience was fun for a start, I have to be fair it was unique to cook your own food but in all honestly it did sort of lose its charm nearing the end. 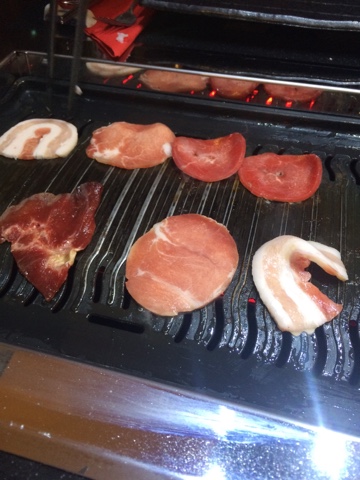 The meat was ok but they all sort of tasted the same. But the beef was delish, but beef always is. 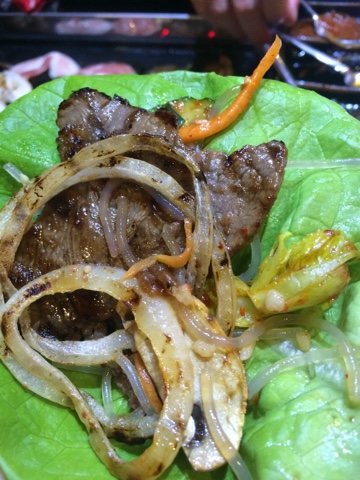 I think to round off the night we were there for probably less than an hour and we waited longer for the drinks than anything else.
Would I return, I won’t be rushing back but maybe if I was in a large group there could be a chance.
Rating 2 stars out of 5

It’s not the birthday I planned for but I wanted to make the most of his special day! Happy 1st Birthday AJWM ♥️
Happy Saturday 🥰
On Sunday this little boy turns 1 ... so we’ll just ignore the fact he pulled all the tissues out of the box - I don’t think he got the memo there’s a shortage! AJWM ♥️ #socialdistancing #lockdown2020
Staying in is the NEW going out!
Happy Mother’s Day! AJWM got it spot on with a personalised bottle of vodka-it will see us through an evening of isolation ♥️
....Getting Easter 🐣 Ready in the Hallway!