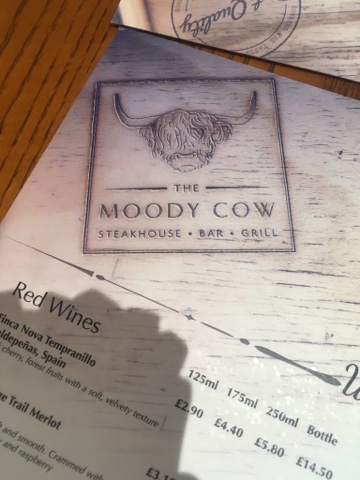 On the 08.09.16 we went to the Moody Cow in Ilkley for our last date as single people.
It was a Thursday lunch time but it had a few groups in enjoying what they had to offer. The decor is simple but with cow hide to cover the dining chairs. 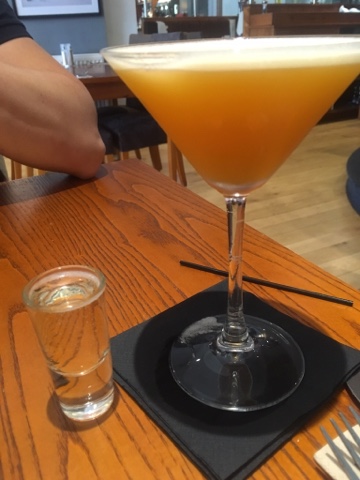 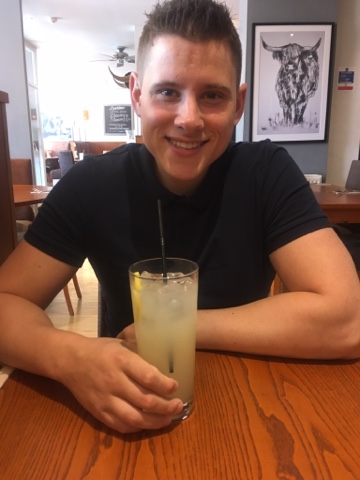 My handsome man enjoyed a very tart homemade cloudy lemonade.
The menu is amazing and you will be struggling on what to order…we were.
Having not been before and not really being aware of any feedback on the place we weren’t sure on portion size.
So we shared a starter…good idea.
We ordered a fritter filled with ham hock and black pudding with a duck egg and bernaise sauce. (Probably one of the most delicious things ever) 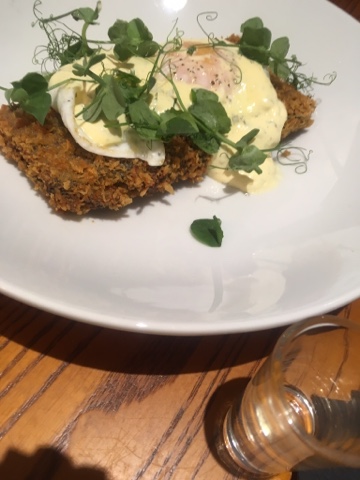 James ordered the meat beast burger. Itcontains  a 4 meat burger(four different areas of the cow) a piece of rump steak, brisket and bacon which was more like gammon.
In his honest opinion there was too much meat. And he only enjoyed half. 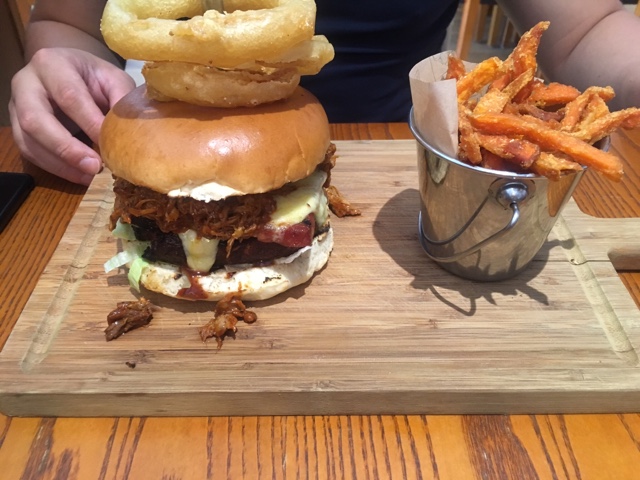 I ordered badly. I adore wraps, they’re very versatile as you can hold and eat. But the fajitas just didn’t live up. Yes you couldn’t grumble at how much you received as you got plenty of everything but it just didn’t have that like amazeballs flavour. Plus the guacamole was bland and puréed. I wasn’t impressed. 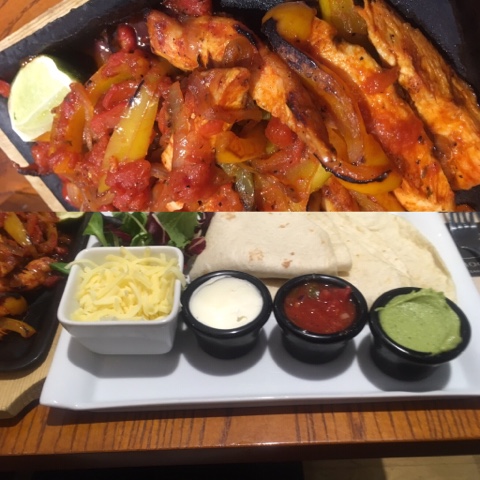 But on a more important note the hunt for the best Mac and Cheese is still on, we enjoyed the brisket mac and cheese on offer. It was delish with its crumb top. But it got very sickly after you had broken the crusty top. Everything was nicely served. 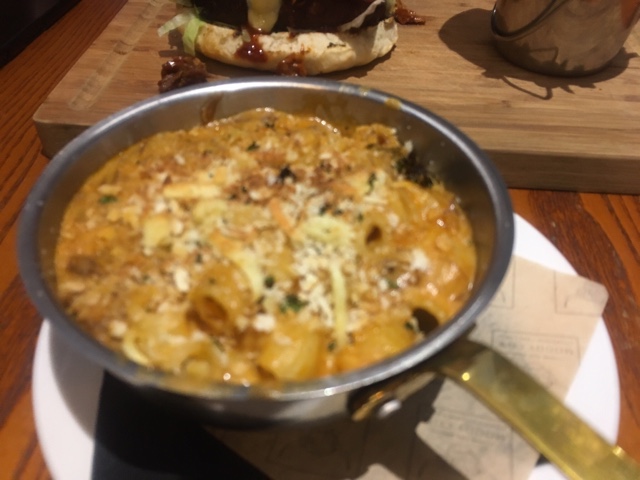 I’d definetly return for something else on the menu.
My rating 3 stars
Cx