Skip to content
Good evening All,
I hope you’ve all had a fab weekend and are looking forward to the week ahead.
Today I visited The Garden Kitchen with one of my best friends Hannah, it was a special afternoon as not only were we there to eat cake but it was also Hannah’s birthday. 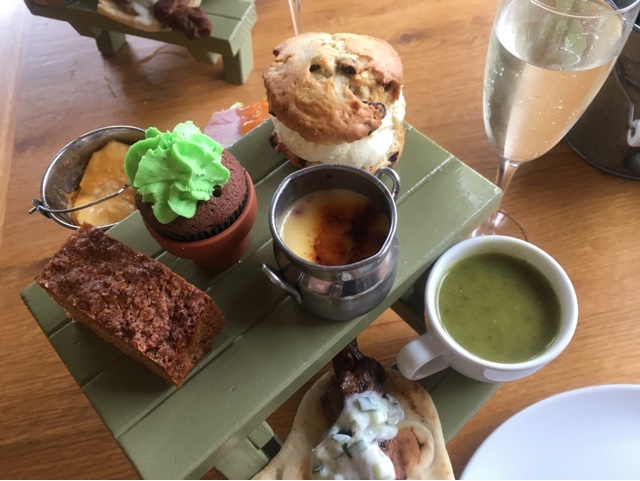 We arrived at half two for our booking, you are able to book online and they ask for a £5 deposit, they also ask if there are any birthdays in the party, which in our case there certainly was.
After arriving, we had a wonderful view of the nursery from our table, shame about the weather. 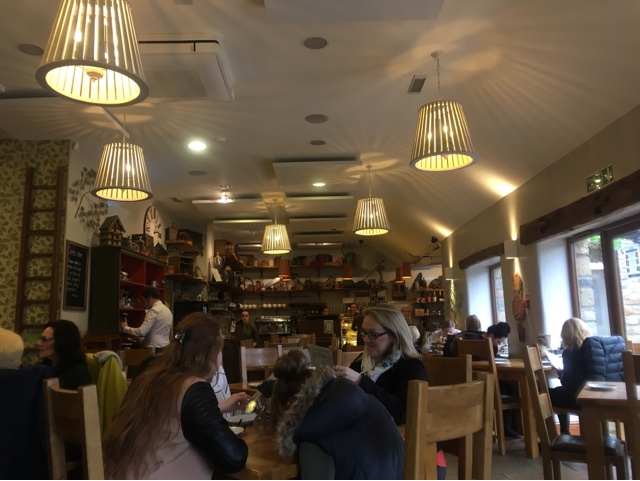 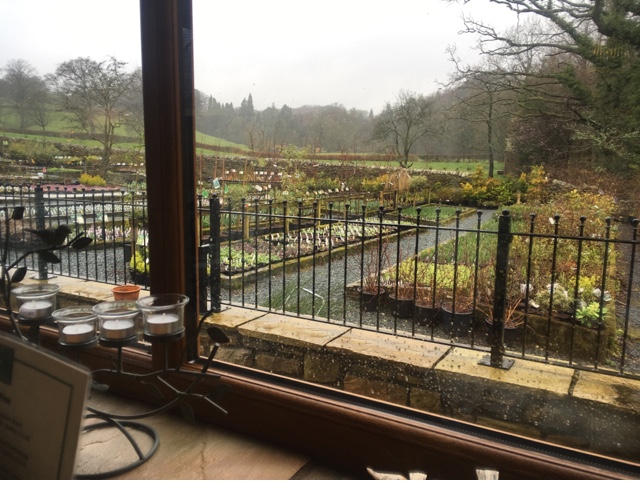 We had a glass of prosecco each and waited to be delighted with what was about to arrive. Before it did I was asked what milkshake I would prefer over the strawberry drink which comes in a mini boot. I decided on raspberry. 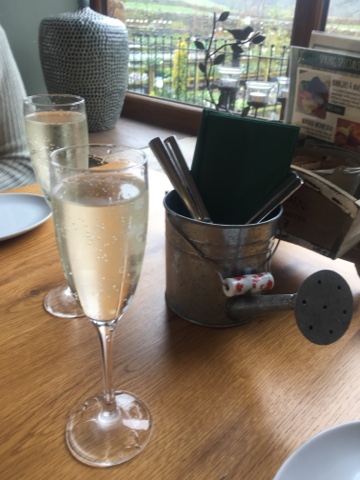 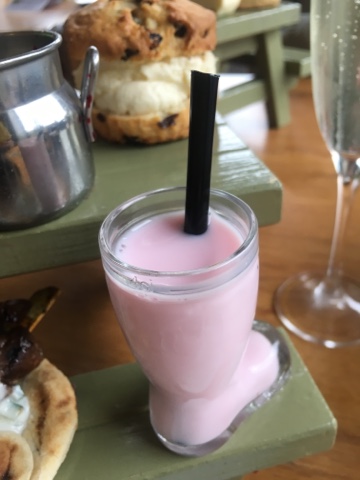 The picnic benches arrived, one each so I didn’t end up eating strawberry jam. Very considerate.
On our benches was, watercress cup, neither of us had this soup before and found it to be delish! I used the ham and mango chutney to dip in. Not gonna lie, that wasn’t anything to rave about. Ham, bread and a bit of chutney. But what followed was glorious, lamb on a skewer with a tatziki dip and flat bread. The lamb was perfect!!! The savoury options concluded with a mini cheese and onion pie. Now as much as I like pie and cheese I’ve never enjoyed the two. But hold the phone…it was good! 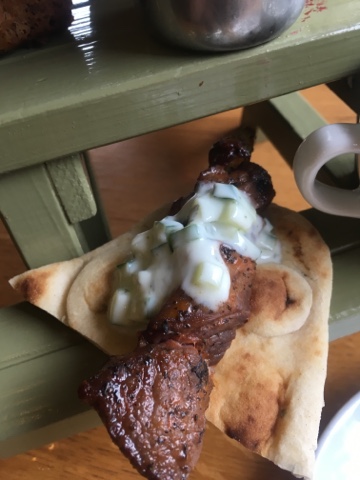 On the sweet side we had a mini chocolate cupcake with mint icing, it was incredible. It was like an Aero. A raspberry creme brûlée, I used some of the raspberry compote on my scone. Yum. On my bench I had a flapjack, I thought it was a bit solid, I prefer them a bit gooey. Hannah had a cheese cake with marshmallows on top. We shared them both. The main element of an afternoon tea was the scone, I liked the fact it had currents but I wasn’t smitten with the fact it was pre-assembled, I enjoyed the layering the spreading. Having only been to afternoon tea once before it felt like part of the fun had been taken away. Still tasty. Clotted cream wasn’t as good as I have had before tho. 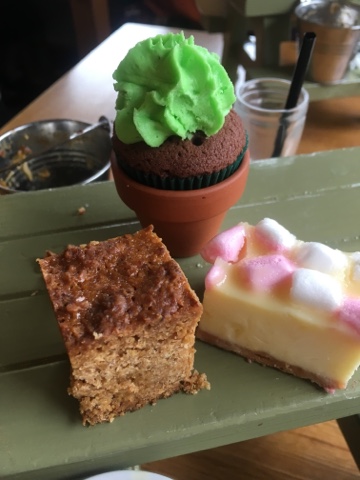 All in all its a lovely little spot great for a special occasion. Not going to lie didn’t really get why some tables had ordered chips to go with their afternoon tea. Wasn’t sure they grasped afternoon tea to be honest. Oh and as it was Hannah’s birthday she got a cookie and candle to celebrate. Can’t grumble at that. 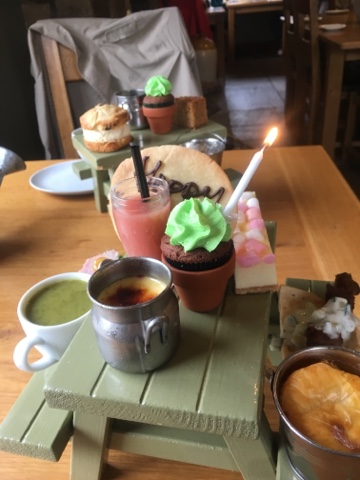 A lovely touch was that they rang me just over an hour before our sitting to let me know there had been some flooding nearby and not to take certain roads; that is what I call amazing customer service!
I would say taking all things into consideration. The score
+ It’s style, you can’t knock the creative and the elements that make it unique
+ The soup, if I went to a restaurant there wouldn’t be a chance in a month of Sunday’s I would order it, but it was yummy.
+ The birthday touch was pretty sweet
+ They made me a special milkshake so I wouldn’t feel left out.
+ Prosecco is £3 a glass!
– The ham butty was a bit lack luster
– I prefer to build my own Scone
– Flap Jack was a fair bit dry
– Even though we ordered Prosecco I thought we would also get tea
I would like to award The Garden Kitchen 6 out of 10!