Skip to content
Good Afternoon All,
It’s very rare that I don’t enjoy my dinners out but last night, apart from the company and the occasion, I wasn’t impressed. 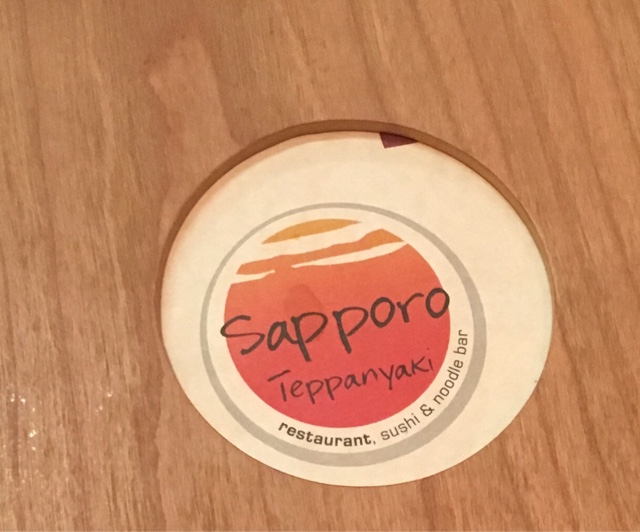 We went to Sapporo Teppanyaki for one of my close friends and her fiancées birthdays.
After being seated at the table, we all ordered something to our taste. Me and Jimbob ordered Mixed Sushi .
The service seemed confused, one lady took orders for everything for our table but when it came to serving the dishes wasn’t sure who’d ordered what. 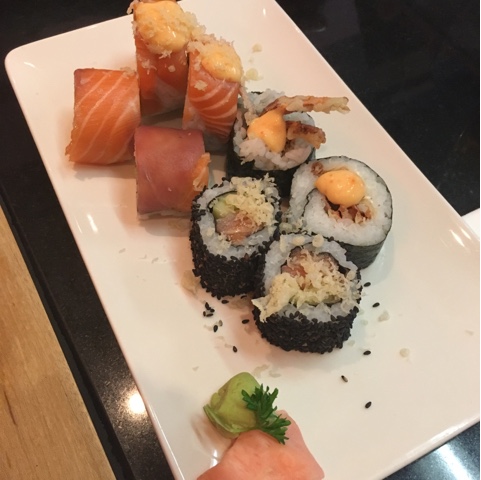 The sushi was really good, rolls I hadn’t tried before, and I was told the wasabi was very hot. We also ordered duck rolls; wish I hadn’t! The roll itself is a pancake and would probably be lovely with ice cream but due to its thickness and the dry duck it was hard to cut and very rubbery! 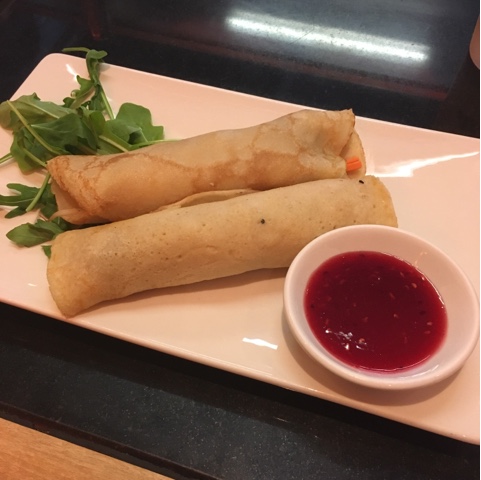 Between the starter and the main they put on a bit of a show for you, throwing really good potatoes into your mouth but I think only 2 of our party managed it. They also do a sort of egg dance, well that’s what I am describing it as. And then just before they cook they create a ball of fire, which is very impressive and extremely warm, so you can imagine with roughly 16 tables all going through the same routine throughout your dinner it’s a little(very) warm in the room. 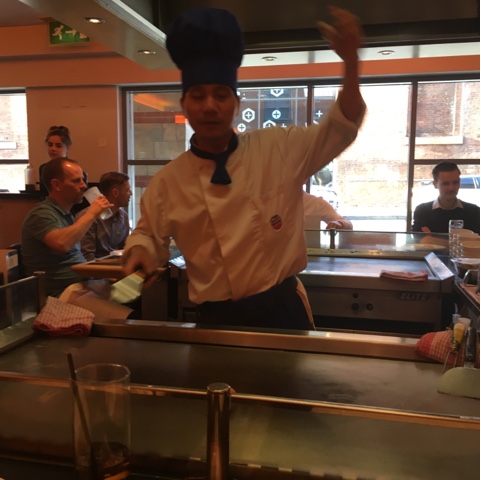 They also do a drum “thing” I assume for birthdays. For me, a combination of the heat and the drums it just provided a headache.
Another waitress collected our plates and when told about the duck rolls simply shrugged. All I could think was ‘oh, I’m glad we said something..’
Back to the main course. We were all asked again to confirm what we had ordered, not really 100% sure what the waitresses were there to do. Being I had confirmed my dinner 3 times over the night. But hey…benefit of the doubt. 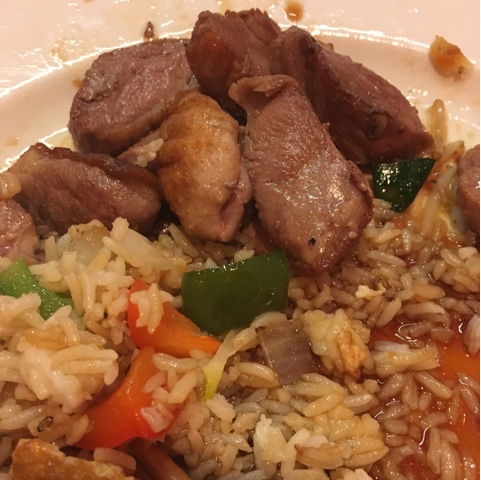 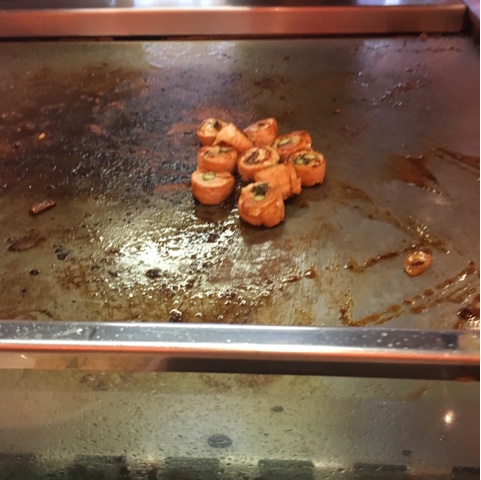 I ordered Duck Breast Teriyaki which came with egg fried rice and those lush potatoes. But for me the sauce wasn’t sticky and just tasted really salty. He poured over additional sauce from the bottle but it didn’t add anything. It just tastes salty. It didn’t have that satisfying sticky and pink breast. Jimbob had asparagus wrapped in chicken which he described as a little-dry and just tasted of soya sauce. 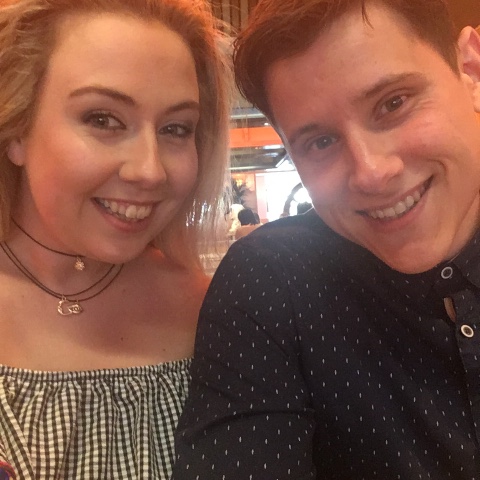 We enjoyed the company but not so much the food.
3 out of 10
Cx