Skip to content
Hi All,
I had a wonderful Sunday afternoon with my best friend Hannah. The search for the perfect afternoon tea continued at the Devonshire Arms at Bolton Abbey. And what a perfect location to sit, chatter and drink tea! 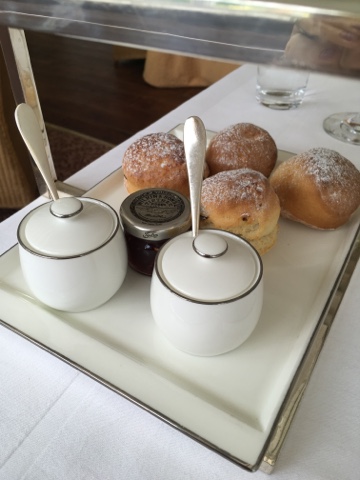 Our reservation was at 3:15pm and we were welcomed by all the staff in the reception and escorted to the Burlington Resturant. Which is just beautiful, the conservatory over looking the gardens is magical.
We have both visited the hotel before but never realised how beautiful it really was.
We agreed we both felt a little out of place when we arrived being that it’s rather posh. But once settled that soon passed and it was like we were regulars.
Let’s talk food;
Sandwiches – we both really enjoyed them to say we both aren’t in to sandwiches. The savoury cheese had Chive which isn’t advertised so was a lovely surprise.
The salmon was lush, and the coronation chicken, because it tasted as though the chicken had been roasted and then added to the sauce.
We didn’t eat the egg mayo as we just don’t like the consistency. The cucumber was odd, we both agreed we weren’t sure what the making of a good cucumber sandwich is. 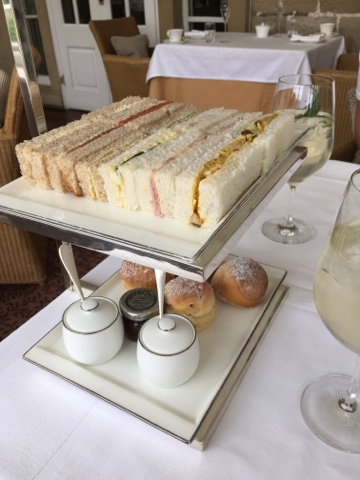 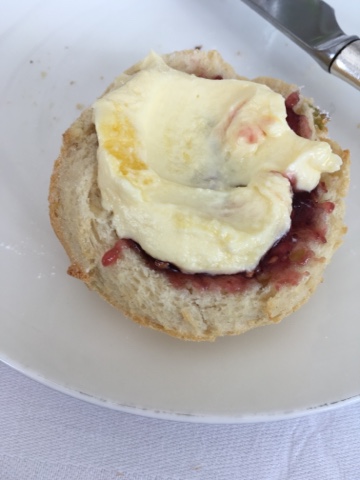 The sweets – Lemon Merguine pie – I thought the curd was a little too runny, but delicious. And so cute.
Rubarb and white chocolate macaroon- amazing, not sharp which was surprising for Rubarb.
Pistachio choux – exceeded expectations as we both are big fans of pistachio and they just looked like a Christmas ball.
Carrot cake – I took home as even though they were just so cute, I was too full. But Jimbob said they were delicious!!! 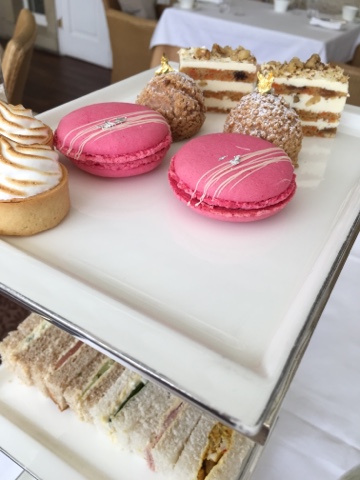 To go along with our tea we had Elderflower bubbly(non alcoholic) so refreshing and such a good choice. 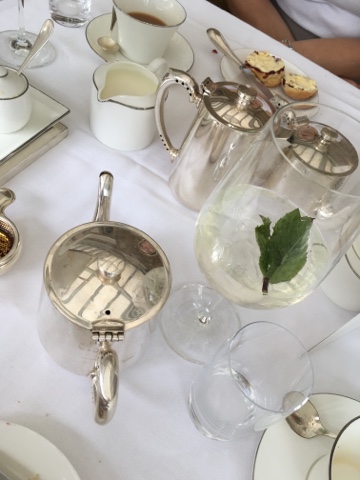 We were both really impressed with the whole experience, including the great view from the conservatory where we sat. 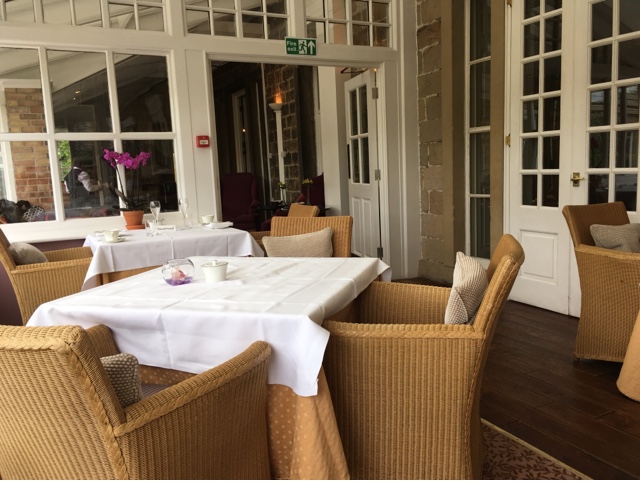 The service was smashing, extra clotted cream, asked when we wanted tea bringing. Pointed out I had a strawberry allergy and brought raspberry jam. 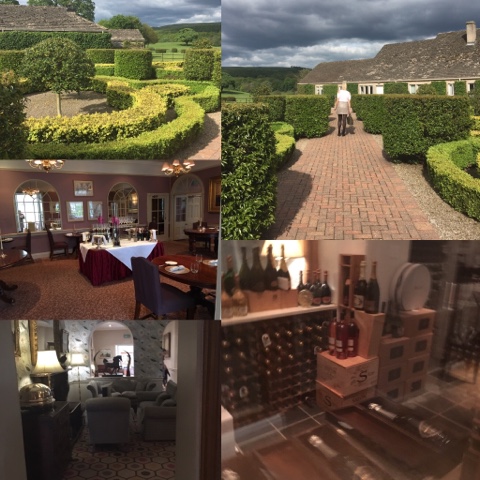 Now there are always a few niggles so I have to point out the flaws aswell as the pros. We were more or less on our own in the dinning room which, as pleasant as that was, more presence from the staff would’ve been appreciated. Now I could be wrong but I think afternoon tea should be unlimited as the affair is something to be savoured not rushed. 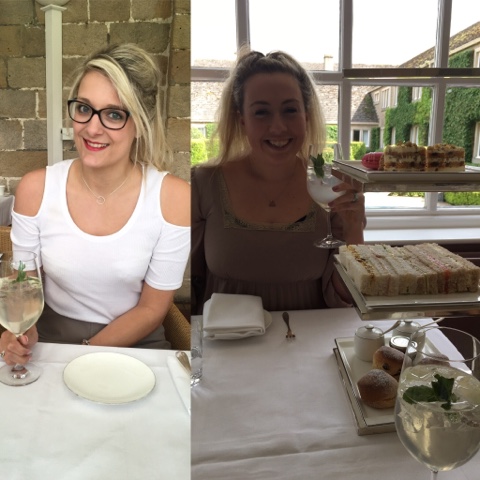 Another point to add was the display stand was better as it had easier access to see and retrieve the goodies.
8 out of 10
Very traditional afternoon tea, well served on white plates. Lush afternoon.