Skip to content
Hi All,
Another eatery review coming at you!
Sorry to mention it again, it was my birthday last week!!! So we went to Friends of Ham in Ilkley, just located on a side road up from Pizza Express. 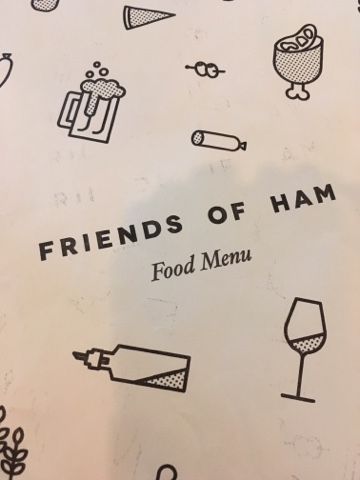 Taking the few steps upto the bar area it’s ever so cute inside; a bar straight ahead, a few tables and where they prepared the amazing food! We sat in the back room with the huge bay window. My favourite couple were there as a big surprise which was lovely, along with my family who were supposed to be a surprise but they obviously can’t keep secrets (truth be told none of them can lie ). 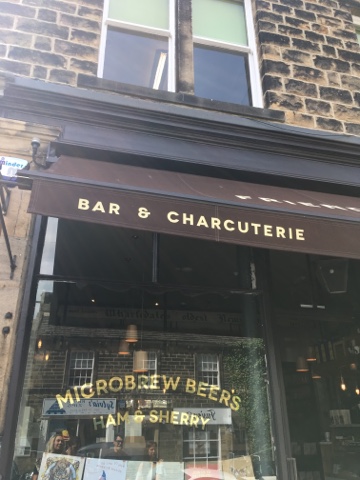 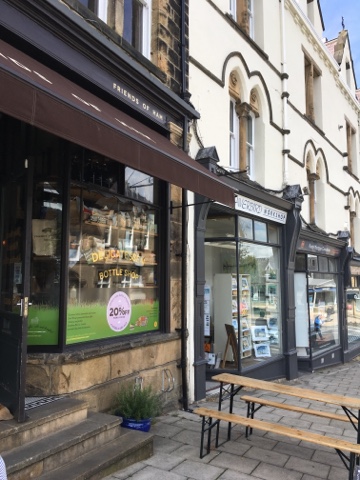 Birthday balloons and procecco for the table but mainly for me, it’s fermented in the bottle which means it’s drier than normal and also cloudier than I’m used to but I drank it all the same. 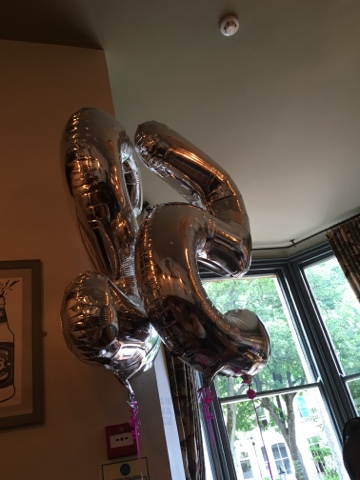 The interior is so chic, with lush leather, velvet soft furnishings along with big mirrors and even bigger light fittings. The atmosphere is so relaxed with board games and card games available to enjoy the day right through. I felt like lingering was encouraged here. 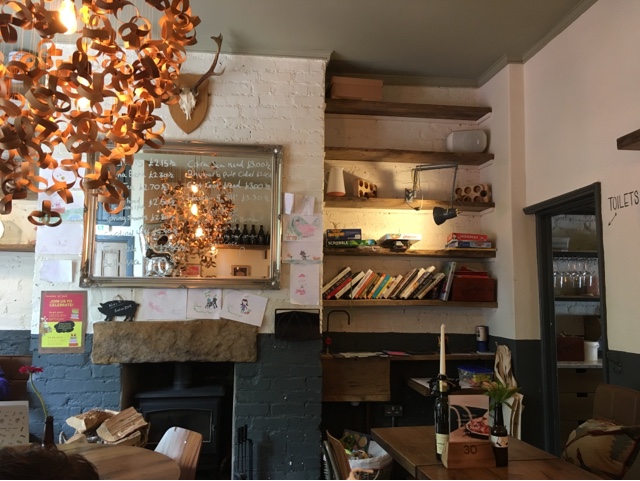 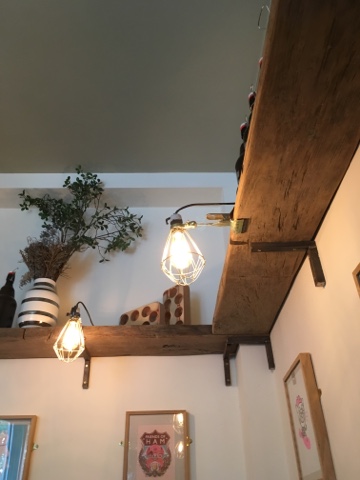 Moving onto the food, even the menus are made of pig or something animal. Definitely not for a veggy! The menu isn’t massive but perfectly formed. There’s plenty of option in all area, cheese, meat, wine and beer. With even more selections written on the mirror. 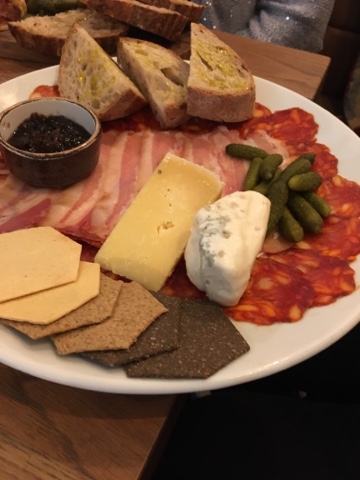 We had a strong cheddar, the Gorgonzola, the ham that they so lovingly cut of the bone and a even thinner that pastrami beef and it was all amazing. We also tried the pig cheeks ‘Baths Chaps’ wow that’s some lush stuff. My family enjoyed much of the same but some had the Ploughmans and my dad even said the pork pie was the best he’s ever had. 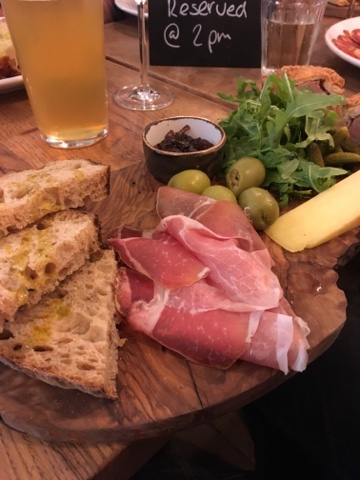 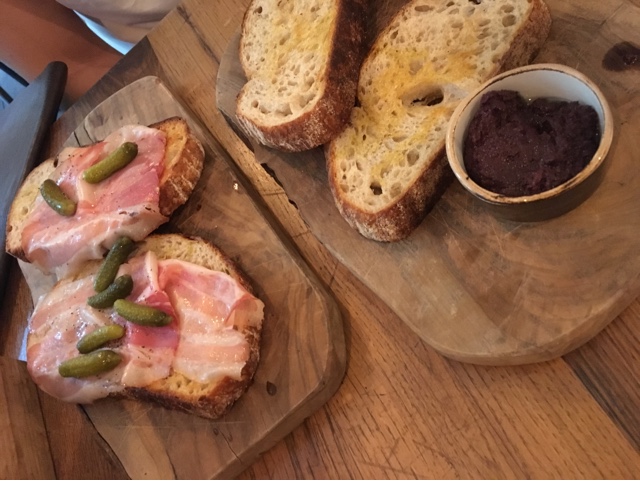 There were a few items they didn’t have on the day, but to be honest it was a massive problem and that sort of added charm. 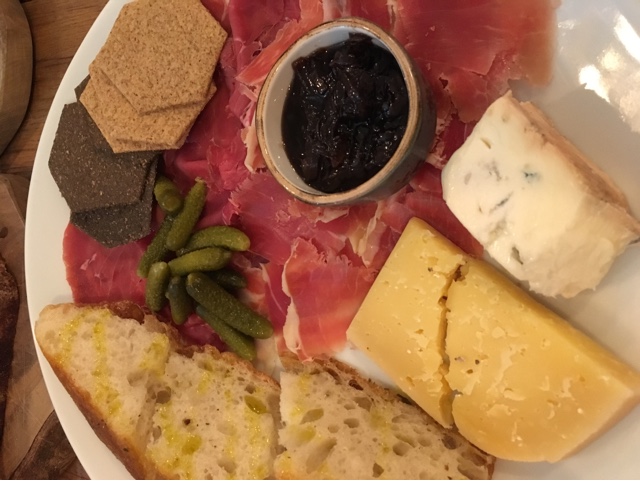 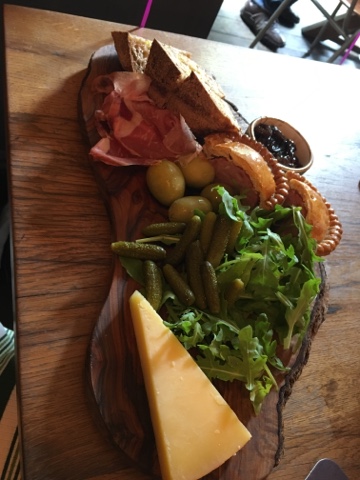 My only note to add would be if Friends of Ham is a Complete Ham Board which is basically one of everything and they just worked on timings it to the number people at the table I think that would just be even better.
4.9 out of 5
Cx