Skip to content
Hi All,
I wanted to share what I’ve been up to this month.
We decided to go on a mini European trip, including Sweden, Poland and Belgium, starting off in….
Stockholm
So we were slightly delayed because of an inbound flight, but this meant we got to enjoy the Escape Lounge for a little bit longer. Which of course wasn’t a massive problem! FYI the T3 Escape Lounge is nicer than T1. There’re no windows in T1 so I’d probably say use the Aspire Lounge if at T1. 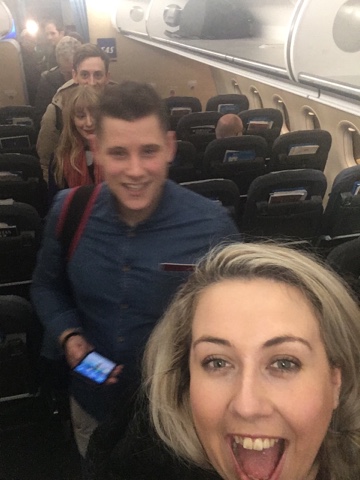 The flight was super quick with the help of ‘Trollied- thank you SkyGo. Stockholm Arlanda airport is very easy to navigate through and it was very quiet when we landed, between getting off the plane to getting through the door it was probably about 7 minutes.
We had booked our transfer with Flygbussarna which cost us a total of 396 SEK (approx £35) for 2 return tickets and it dropped us off at the Central Terminal 4 minutes walk from our hotel.
We checked in to our hotel, room 401 and went straight to the Hard Rock via Uber for a cool £8. We enjoyed the usual – cocktails and nachos. Safe to say Stockholm avoids HR in January, as it was super quiet. We returned to the hotel and asked for a kettle for our room and he returned with everything we needed for a cup of tea. Winning!
The following day we slept in, missing breakfast by just 15 minutes. But it didn’t matter, we walked down the road to find the IKEA bus stop, having found it we wandered off in search of food. A small coffee shop only round the corner filled out stomach, and we were ready for the day. We walked back round to the bus stop to find that the free Ikea shuttle bus only runs during the week. So we totted off down to the tube. It costs 88 SEK for a single trip or 75 minutes and you can use the ticket on a bus or tube. The SL app is just as easy to buy a ticket too. 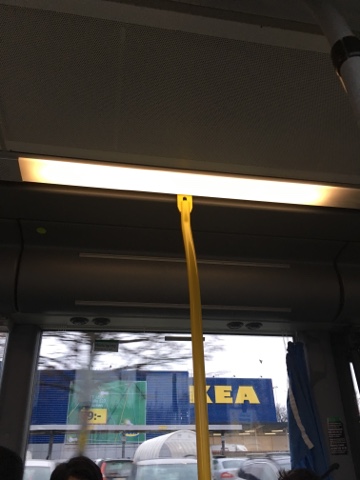 Looking to go to IKEA? Take the red line to Norborg 13 stops. Then come out of the station and take a left, you see a lidl to your left and a bus station to the right. You need to go to the other side of the bus station and get the 740, just two stops and wa-la.
On our way back we stopped off at Gamla Stan, a recommendation from a friend. This is the old town – it’s beautiful. So quaint in fact we cancelled our dinner reservation to enjoy it all evening. 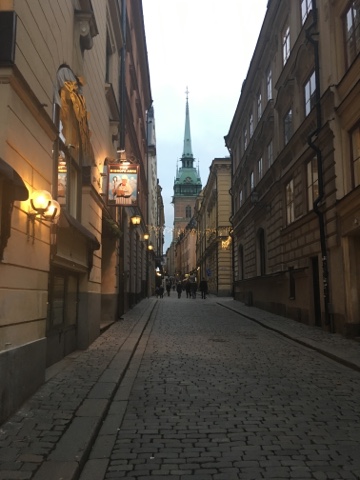 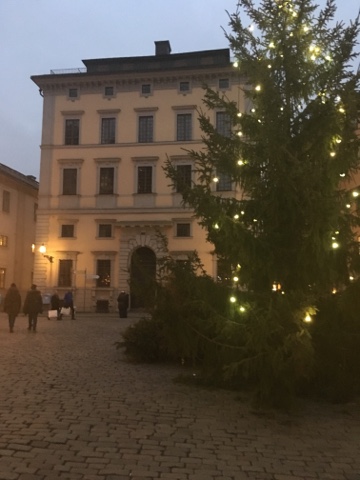 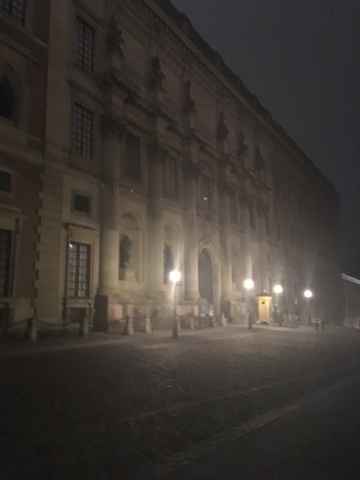 Sunday morning we awoke and went down to breakfast and the spread was top notch. There really was a bit of everything. Even the complainers of the world would struggle to moan. 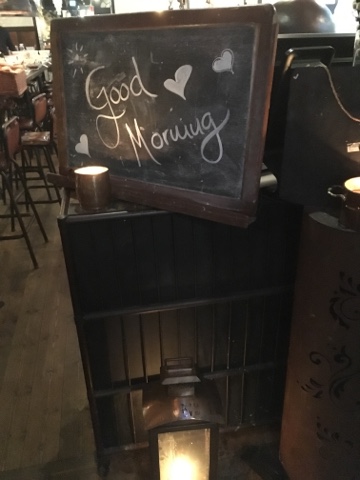 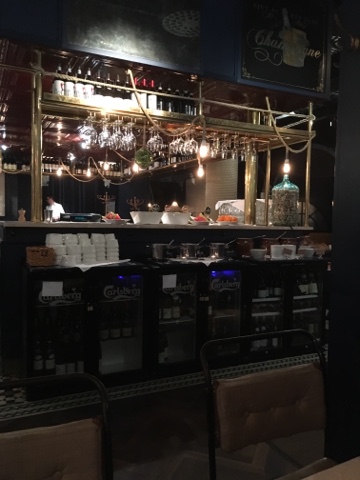 Once checked out we walked the short distance to our transfer. Flygbussarna is a great way to get to and from the airport, with transfers every 10 minutes you’d be silly to go any other way.
Then on a flight to…
Gothenburg
The west side of Sweden was only a stop over for us, it’s a real shame we weren’t there longer but hey, in our short time there we enjoy the beauty and quaint style of the sea port.
We used Flygbussarna gain. It was a 36 minute transfer and cost a total of £32 for 2 returns.
We were staying at the Elite Plaza Hotel which is just a short 12 minute walk from the bus terminal. The hotel is equiped with a small gym, sauna and English pub. 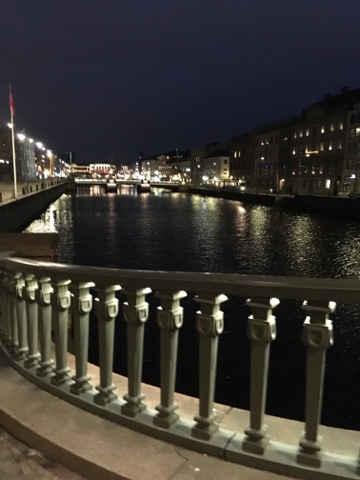 We took a stroll around the city as soon as we dumped our bags. At -1C it was colder than Stockholm, but it felt a lot lot colder. We enjoyed a cocktail in the Hard Rock -obviously! And then had dinner at La Gondola. The food was ok, apart from the garlic prawns and the roasted artichoke – They were really delish!
We headed back to the hotel for an early(ish) night with Netflix. 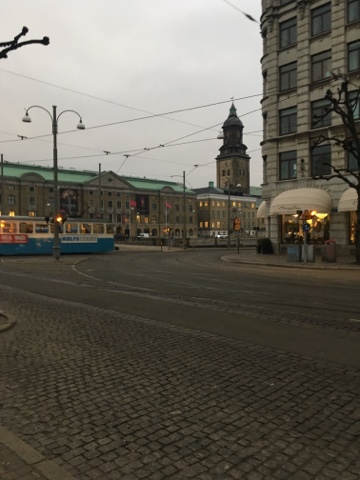 The next morning we were up and back to the airport to fly to…
Warsaw
After a short delay at Gothenburg airport we were on our way. A note I’d like to make is that Ryanair, as cheap and convenient as they are, aren’t as smooth as SAS & Norwegian. I’ve said it before the need to show your boarding pass again and again really isn’t necessary, I don’t understand Ryanair’s need. Plus the boarding process was slow. The need to queue to show your boarding pass and then queue again to actually board the aircraft is stupid. Why not just ask people to board when you’re ready? But at £19 for the flight I can’t complain that much.
On a side note the Gormet Snack Boxes priced at €6 are pretty great if your a little pekish on the flight. 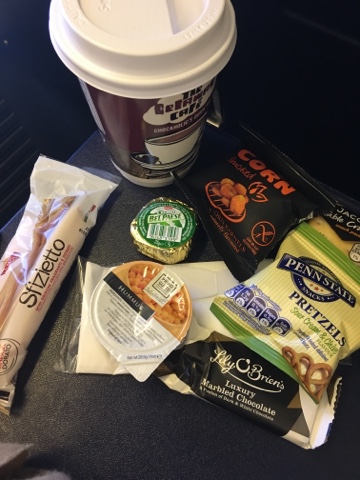 We landed around 13:00 and grabbed an Uber for £12 to the hotel, the can journey took around 40 minutes.
We checked into Hotel Indigo and found our room on the 3rd floor. The room was the biggest of the trip and also the cheapest. The interior is beautiful – top marks to the designer.
We had a quick change and grabbed a snack and cocktails in Florentin, the hotels Restaurant. We ate at the bar, and had a hummus platter, which honestly was a lot better than it sounds, and lamb croquettes. The bartender was very attentive making me 3 cocktails not on the menu. We grabbed our coats and went to enjoy the nightlife of Warsaw. We visited Hard Rock Cafe-honestly a little dull for the cafe we know. We travelled to Klaus, a small cocktail bar, where I had a warm mulled prosecco which is probably better than mulled wine. We then took the lift at the Marriott 40 floors to the panoramic bar. The highlight was definitely not the garlic infused vodka. 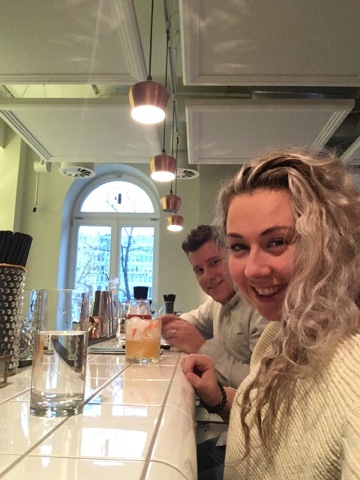 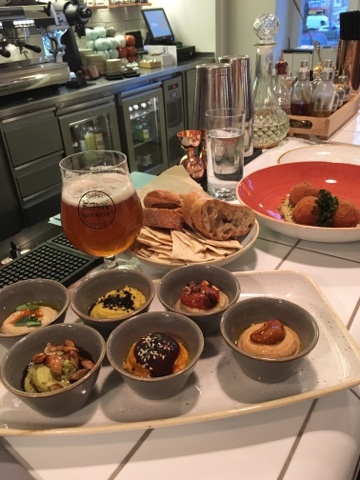 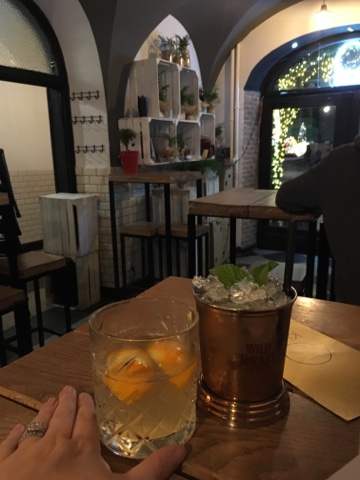 We knew we needed to eat, so we travelled to Hoza for a steak. And to be honest it was a little disappointing. Firstly because my steak was massively overcooked, if you are a chef at a steakhouse you obviously failed. But it was more the wait between receiving a second steak(replacement) poor Jimbob basically ate alone. Not great but hey, it was cheap.
We then went to a gentlemens club! “Why?” I know you’re going to ask. Mainly cause I needed to understand what all the fuss was about but to be fair it’s not as scary as I thought it would be. I just talked to two ladies about their life really. I think their dancing was a little lost on me. But with two vodkas and Pepsi costing £8 and good music, I saw no reason to leave. Safe to say we got home at midnight, a little worse for wear.
The following day we had a duvet day, we extended our check out and enjoyed Netflix and Uber Eats which is just incredible. Around 3 we pulled ourself out of the warm of the big bed and took a stroll around the old town in the snow before we had to leave for the airport. 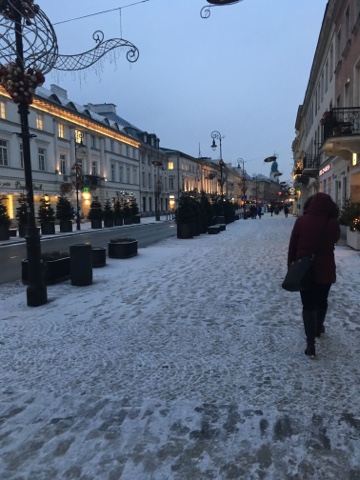 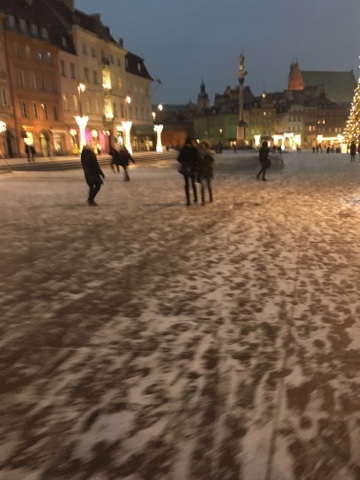 Brussels
To be honest in terms of logistics Brussels was knackering. We arrived at the most horrible arrival area of my entire life. You have to walk in the wet snow literally instantly, there’s no nice waiting area, just a carousel and then bang you’re outside. But hey. We had organised the Brussels shuttle, please note this is not the easiest to find. Tip, as you reach the glass box to the hire car company take the lifts opposite to the second floor, departures- from there you are instantly in the bus depot. We had to ask two people as we ended up in the queue for the shuttle to collect your car.
Once on the coach it takes roughly 45 minutes to arrive and the best thing we found was that taxis are waiting for you no matter what time it is BUT use Uber instead of the local taxi, it cost us just under €15 to go a 7 minute journey and he told us he couldn’t get to our hotel because of roadworks, so we’d have to walk “200m”- lies! We walked longer than we we’re in the taxi, and at almost 2 in the morning it’s hardly what you want to be doing in a city you don’t know. It cost us only €6 euros on our return and they picked us up right outside the hotel.
So back to it, after checking in we were upgraded to a superior double which was a welcome improvement as there were 2 balconies to enjoy. But at that time all we wanted was sleep.
Around 10am we pulled ourselves out of bed and enjoyed a long and enjoyable walk around the Grand Place, the architecture is beautiful and the smell of chocolate and waffles makes it all even better. We had a small lunch at Le Roy D’Espagne. We seriously enjoyed it and the beers went down a treat; I had a cherry beer – lush. After lunch we continued our walk around the beautiful city and obviously enjoyed a cocktail in the Hard Rock. We grabbed some chocolates for family and friends, along with a hot chocolate to enjoy back at the room- honest it was literally like drinking liquid chocolate. Far too sweet for me but I enjoyed it diluted with a bit of milk. 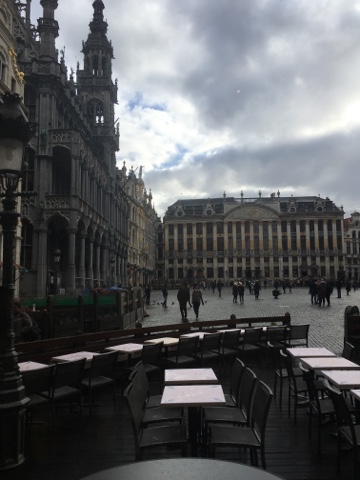 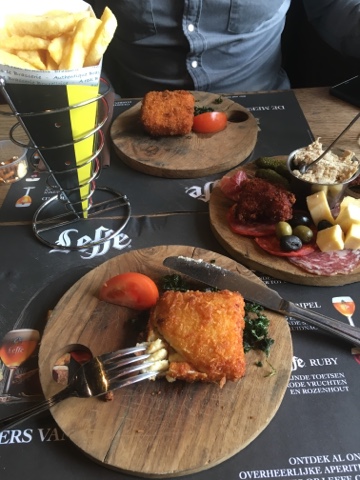 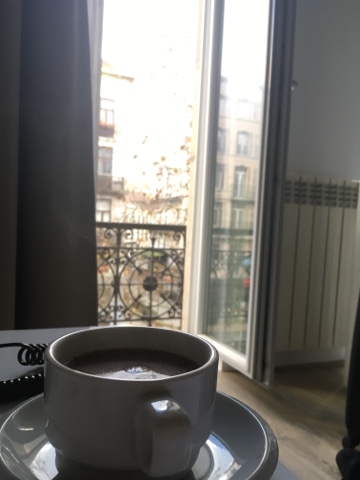 We watched the sun set from our balcony and tried to decide on how to spend our evening. As both of us were still exhausted from the journey here we ordered Italian and had it delivered to our room. We were asleep pretty early!!
Our alarm was set for 3am and we knew we needed to be back on the shuttle for 4. As I said above, the Uber was brilliant, as were Ryanair. I usually criticise them for the lack of time keeping but the flight home was quick on only 2 minutes away from being on time. We were home by 9:15 and ready to just relax and unwind.
I hope this small multi-city trip has made you consider travelling more. Or has helped you with planning a trip to one of the destinations.
My only thoughts would be I wish we had had an extra day in each place to explore more. But right now I’m happy to be at home with my puppy.
Cx