Skip to content
Hi All,
The kitchen is pretty much complete and I wanted to share how it has changed over the year and a half.
The Kitchen Before…
Yes we stripped out a white cheap kitchen and revealed the real scale of the room. 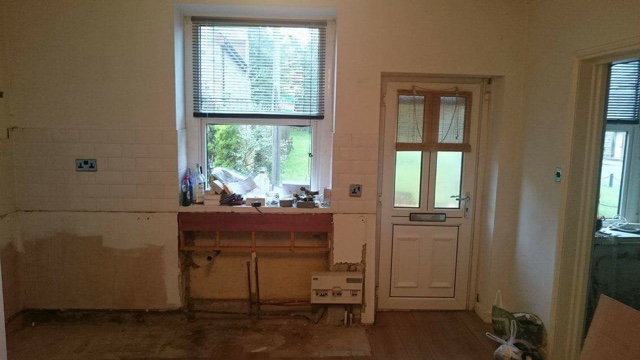 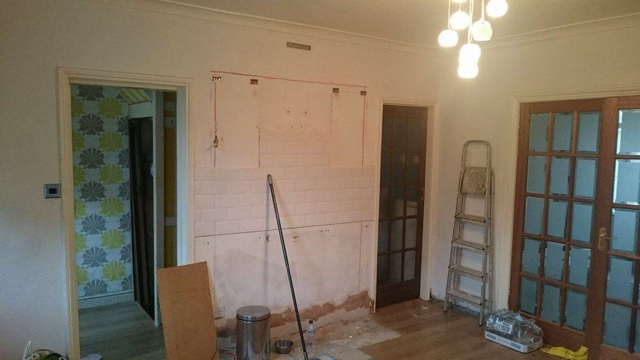 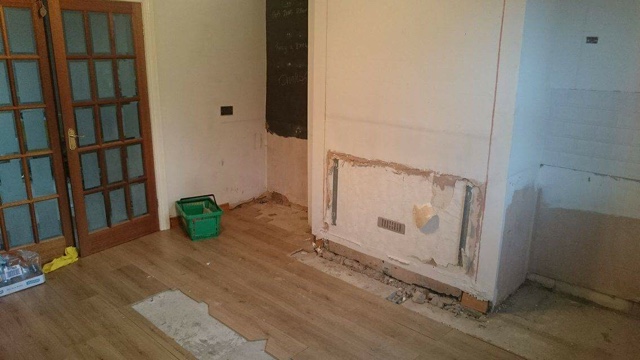 This kitchen had the most going on with both the chimney breast being partly knocked out along with the opposite wall. And moving the fuse box downstairs.
And After…
We chose a Wickes matte grey handle-less kitchen which is sleek and allows even more space for parties, as many appliances are fitted to save room on the work tops. I would of had the hot water tap but I’m still sure I’ll end up burning myself when I come to run the tap. And the kettles is the only thing we are still undecided on. 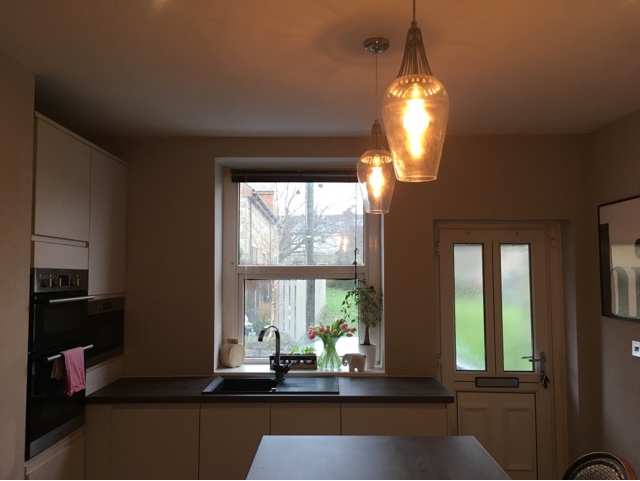 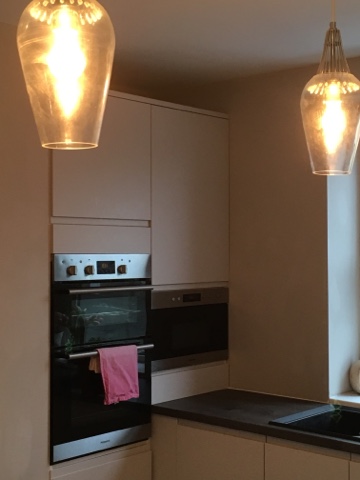 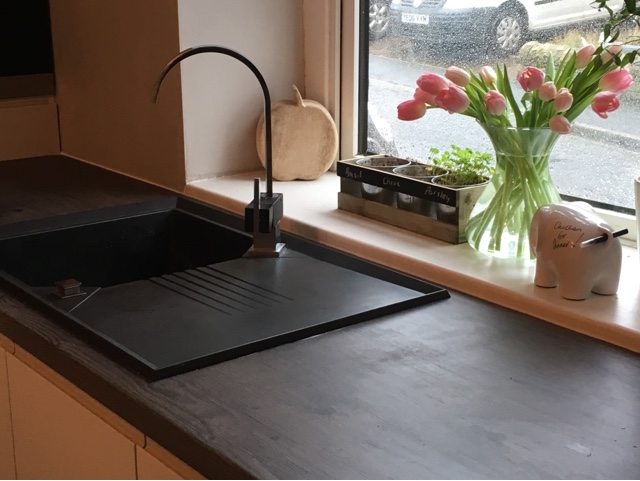 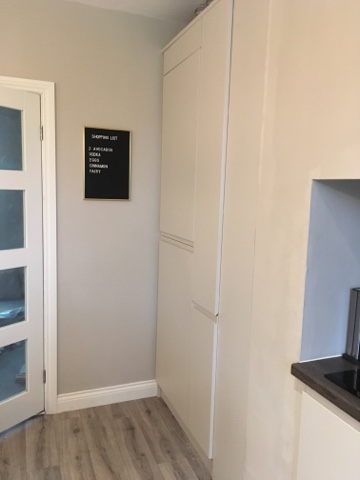 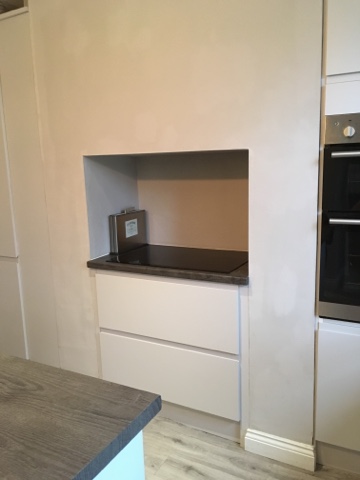 The area which I love and I take so much pride in (as Jimbob thought it was a terrible idea) is my bar area. Before we knocked the wall through this was just an area where tins lived but now it’s a functional space where the alcohol lives plus with the mirrors it adds so much light into the room. 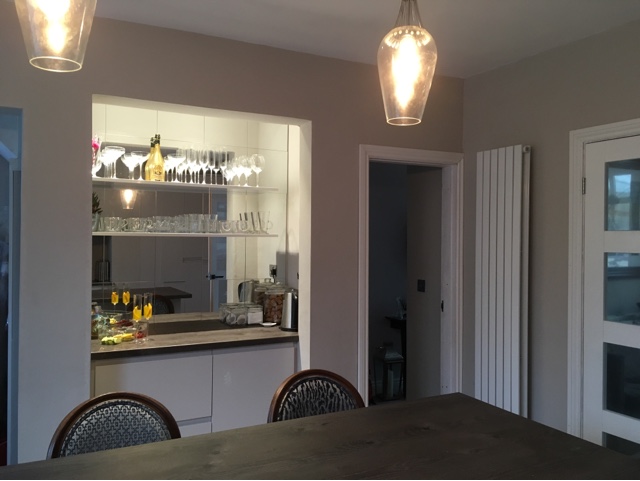 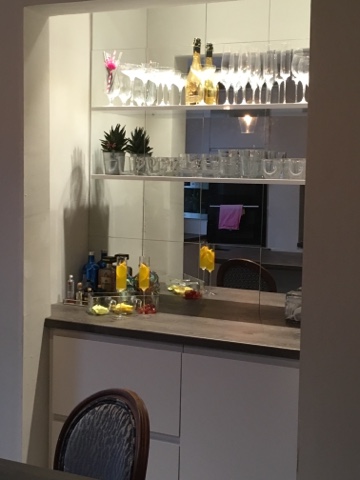 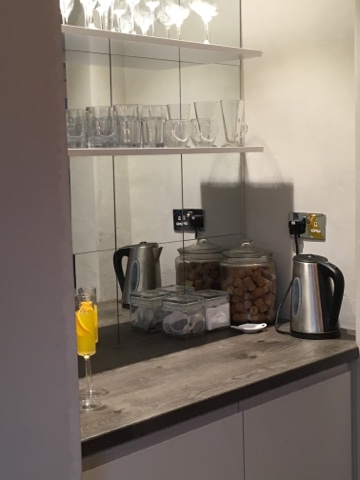 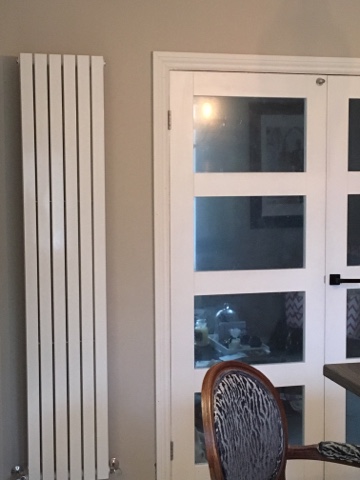 Staying in is the NEW going out!
Happy Mother’s Day! AJWM got it spot on with a personalised bottle of vodka-it will see us through an evening of isolation ♥️
....Getting Easter 🐣 Ready in the Hallway!
**Progress Update** What a WEEK both worldwide and in our home. Since BBC and other news outlets have got the COVID19 information covered I’ll just stick to a bookshelf update. Not to be considered finished, there is probably a good 2 more coats of paint required there is also handles to fit. And yes that light is being moved but it’s progress. It’s amazing what a difference it’s made to the room. The room was always awesome because of the bay but weird in overall shape....realising I need to buy more books to fill it! #billybookcase #billybookcasehack #ikeahack #interiordesign #interiordecor #ikeahacks #goodwithwood #ikealover #ikeadecor #joinerappreciation
Wishes made on birthdays Always come true That is why I wish The very best for you I hope that you achieve Everything you seek There should never be a moment In your life, sad or bleak I wish that you soar to new heights And wade into uncharted territory For you know well, that you can Always fall back on me Happy Birthday! 😘
Being looked after at @madeupstyle at her new home. Interiors are on point! #nobeige #interiorlovers #topstylefiles #smallspacesquad #myhomeforHP #finditstyleit #modernhome #interior123 #interiordesire #interiordetails #interiorforinspo
%d bloggers like this: