Skip to content
Good morning All,
Happy Hump Day! I wanted to give you all some travel reading as it’s nice to have a bit of light reading on a Wednesday.
So a couple of weekends ago myself, Jimbob and two friends headed to Prague in Czech Republic for some city break fun.
Top Tip of the day; Prague has its own currency, the Czech Koruna, so don’t pack Euros. But for those of you struggling on where to buy Currency Asda is a great start.
We set off around 14:00 to get to the airport around 15:30. Meet and greet booked, keys handed over and through Security we went – honestly feel the airport have cut back becuase the plastic bags for liquid would not stick together -massively annoying!! If you haven’t flown before or aren’t sure of what not to do while travelling, read this – if I see you at security looking baffled becuase they asked you to take your belt off, I might slap you. 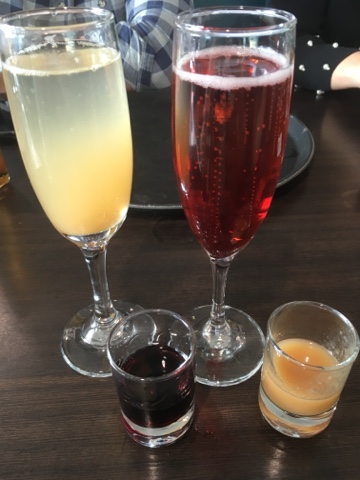 We took a seat in the MCR Bar which was a little treat as it’s always rammed and I’ve never seen an empty table, so go Chris for snatching us a little booth.{We travelled with Chris and Katie-newlyweds}. We grabbed a couple of drinks including a peach liquor thing that was surprisingly lovely. And then proceeded very quickly to get to gate 12B (I call it end of the left wing of T1-like the furthest point basically) after final call had been announced -never done that before.
The plane was just a huge c**kfest, as in like a whole plane of stag do’s and us. So only one alcoholic beverage per person. Which was fine – they serve Aperol spritz on the plane which was a true delight, so I enjoyed that with some sea salted crisps.
We landed and got an Uber for the just under half an hour journey to the hotel which totalled 370CZK, around £15. 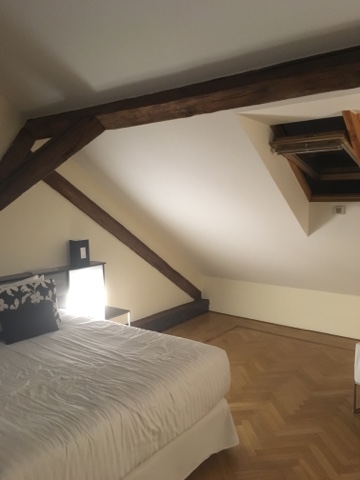 We checked in and freshed up and went straight out. Now the plan was to eat nachos in Hard Rock but to be quite frank the servicee was extremely odd and if anything rude so after being plonked on a table I didn’t want(I had requested a high table) the waitress proceeded to tell me I couldn’t order from one menu it had to be from this group booking one. Which was total crap as it had a total of 9 things on it. No bother we left with the intention of back another time so I could enjoy my Cocktail.
We headed into the square and walked just to the right to find a bar/club with purple lights at the door. It was called Macim Bar. The beverages were expensive here around £7, we had one drink and left.
We headed to a place that the boys called Leo’s, after a deliberation outside to suggest it could be closed, we realised they were looking at the wrong door. The place it’s self is next to a comic museum, and is called Batalion. It was very resonable in drink prices. We took our table around 11:45 roughly and after around 15 minutes from a quiet 1 or 2 tables taken it became the busiest place in Prague, as it is the final stop for a bar crawl. So if you seek this place out grab a table before the masses arrive. 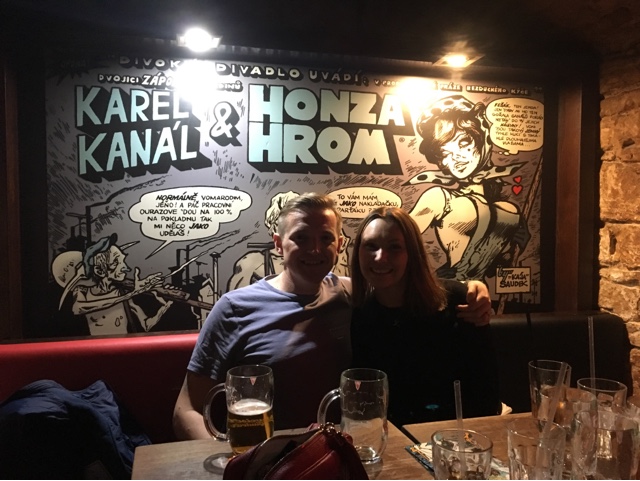 By 12:30 we grabbed a burger and some chilli cheese bites from the Burger King across the road and headed ourselves off to bed.
Saturday morning, Katie alerted me to the news of a beautiful snow dusted city with a picture. This meant two things, Prague was beautiful, and I was going to be cold. I hadn’t packed anything for this kind of weather – rookie mistake, as it reached -11! I don’t do well below -4 or over 36 degrees but hey.
We headed out to find breakfast and the streets were beautiful and even though I spent more time making sure I didn’t slip on the icy street it was still an enjoyable walk. 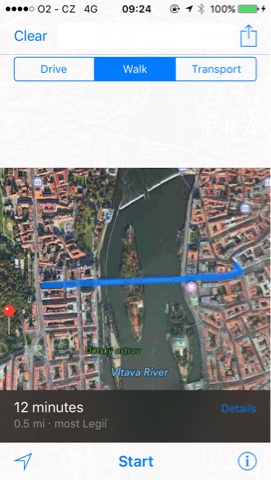 We went to Cisty Stul for breakfast which was a place I found through Trip Advisor. It was such a cute little find and the minute you entered the smell was so welcoming. We sat at the back of the Resturant away from the chill of the street. We dabbled around with decision making before setting on 3 English Breakfasts & 1 French. The price was around £12 each which some might find expensive but it did include two beverages each. The presentation was amazing and even though I didn’t select it I was pleased to see the beans were safely contained and let’s be frank, not swimming around on the plate (ramekin good). I tried the mushrooms from the English breakfast which were lush really well seasoned and garnished with rosemary. I had the French breakfast which was filling and it felt healthy. I swapped my boiled egg for scrambled and I was extremely happy with the 3 big slices of cheese. The care and attention gone into cutting up grapes made me smile (having been told that this is a thing people do for children to avoid choking, I felt that it’s most important for the restaurant to think of the health of their guests). We enjoyed nattering over the food and set our plan to walk around 11 minutes to the Charles Bridge. The streets were packed with tours, all ages were flooding the streets with cameras.
With the smell of mulled wine in the air, it felt only right to grab a cup in the cold snow dusted streets. 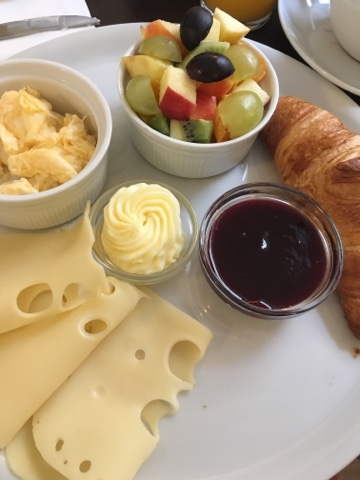 We drank our wine and headed into a quiet Irish bar which to be honest I won’t be returning to, which is located just behind the Irish Times. We had more mulled wine and left. Then we went to the more upbeat Irish Times and enjoyed the music and absinthe, which if taken like Heroin, is still no more pleasant! (ok for all of you think what the f***- we were shown that if you put sugar on a teaspoon set it alight, quickly stir it into the absinthe and drink I think it makes it stronger. Personally it was vile but it was nice to try the “local stuff”. Won’t be becoming a heroin user soon if this was anything to go by). Back to it we enjoyed a couple of rounds including green lager, which did have a weird after taste but hey! A belated Happy St Paddies Day to all my Irish Followers. But it was nice to get into the vibe. 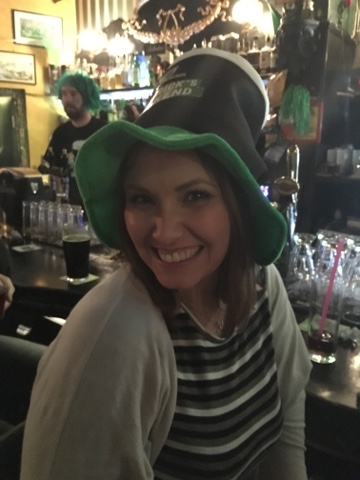 We left and went to our Third Irish Bar of the day (but not the last). We hadn’t intended to go here but the boys got lost looking for a place they’d been to before. It was extremely packed and the Irish balloons made it feel fun. We supped our drinks and headed on to the 4th Irish bar of the day (where the boys had been before) Rocky O’Reilly’s. It was a long bar which it does not look from inside. We got in and watched the rugby -we lost (I have no idea what score line was but I know we lost).
So I know what your thinking, time to get changed and go for dinner. Well, that didn’t happen. We went back to “Leo’s” where things got a little hazy to say the least (the absinthe was catching up to us).
But wait, we did manage to eat at Pizza & Pasta factory. And from what I remember it was good. With a few more beers in I was ready to call it a Night. Well Katie had other plans, taking me to get a Sugar donut roll thing. I ate what I fancied and then headed to a gentleman’s club called Goldfingers. So for a quick minute let’s talk about that. If you are a women you have to pay to go in. 500 CZK each.  If you’re a man you get 0 entry fee plus a round of beers. We on the other hand enjoyed a small round of two ciders and two vodka and Cokes for a cool 1300 CZK (£50)
So, is this place for women? Well if you aren’t offended by the female form and you like decent music it’s a nice way to kill a few hours. Is it seedy? No this is a big concern and the women are beautiful and extremely talented at a. Walking around in those heels and b. Moving up the pole.
We left Goldfingers to some how end up in another Strip Club called Rios. Now to describe this is probably like saying if Goldfingers is like Champions League, Rios is Sunday league. We got totally screwed with the entry fee and the ‘free drinks’, becuase we had to spend £16 on mixers (4 cokes). Sorry, Rios is not for me. 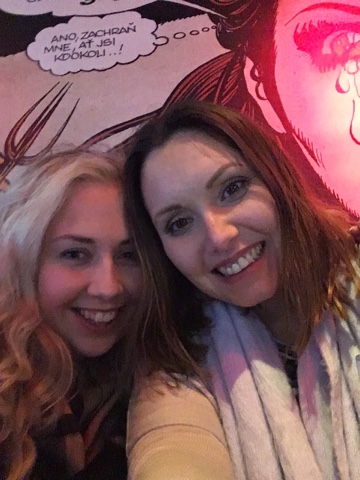 So by this point we know it’s a really good idea to go to the Hard Rock and get a Cocktail and tick that all important bucket list item. And it was mint. I haven’t been to a Hard Rock Cafe like it, it’s fun, it’s loud. It’s more party than Restaurant and it’s a good time. Highly recommended to get your groove on for 0 entry fee. 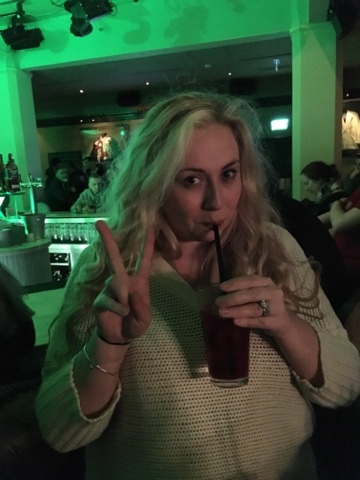 We called it a night around half 1 and went back to the hotel.
Sunday. Well you know that day you wake up and you really just want to lay there all day, well that didn’t really happen. We had to check out at 12 which was a bummer as weren’t flying till 19:00 (which ended up as 23:10 -weather delays).
We headed out to see the Easter Square and grab something to eat at Food Story. Bit annoyed that they gave us breakfast menus, then wouldn’t let us order breakfast because it was like 12:01. So the service there isn’t the best but the food is homemade and the garlic wedges were delish! 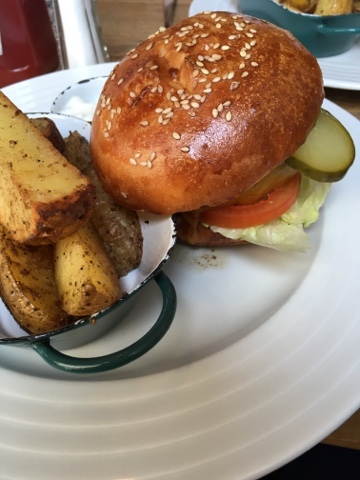 We took a tour of the Sex Machine Museum which is 250CZK each to enter. It has 4 floors of bizarre stuff-probably not for the faint hearted. The cinema room hosts some unique viewing-let’s just leave it there.
We went back to the hotel to relax until home time.
Now I realise this isn’t a massively cultural review, it possibly isn’t even a good read. But if you learn anything from me here today, if you’re up for a good time, Prague will happily have you.
Thank you to Chris and Katie for their company and Jimbob for showing up. 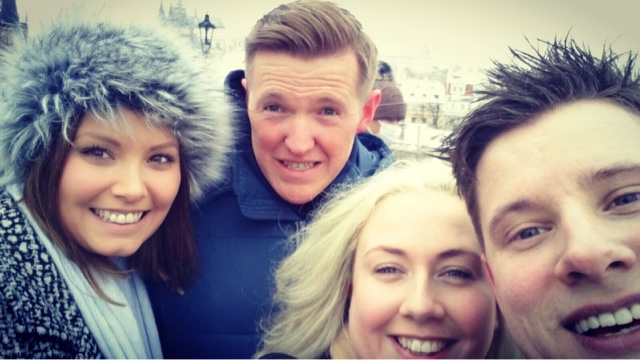 Till Next time
Cx